We are here today with your first installation of our 5 Skills Essential for Kindergarten series. Today we are focusing on coping skills. Coping skills are vital to starting kindergarten.
What could a kindergartener possibly have to cope with you ask…
There is going to be a time in school where your Lil’ is not going to get what they want and they need to be able to deal with those emotions in a healthy way.
Below are five different ways you can teach your child coping skills.

Say "No" and Stick to It

By far the easiest and most effective way to teach your Lil’ some coping skills is to give them opportunities to practice, and saying “no” when they ask for something will give them an opportunity to practice those coping skills. I’m not saying you should say no to every request and it doesn’t have to be angry or mean. You can simply deny a request and then redirect your child. “No we’re not going to do x right now. We’re doing y.” This will teach them that we don’t always get everything we want and that’s okay. Life will go on.

Counting serves the same purpose as taking deep breaths. In order for your Lil’ to count, they have to focus on their numbers rather than whatever is upsetting them. It also gives them 10 seconds to calm down before acting.
When your child acts out or you see that they are getting frustrated and about to lose their temper, say to them, “I see that you’re upset. Let’s take a moment to count to 10 so we can calm down before we act.” Saying this to them will help them identify that the emotion they are feeling. Then they learn that when they feel that way in the future they should stop to count.

Sometimes all they need is to be able to say, “That irritated me,” and then they are able to move on.
I had a student who struggled a lot with coping skills. She acted first and thought second. This led to a lot of problems behaviorally and academically. I worked to gain her trust and we set up a deal: she was allowed to tell me how she felt and she didn’t get in trouble for telling me her feelings (as long as she didn’t tell me anything that I was required to report.) She frequently told me about other teachers’ and students’ actions. She told me that she wanted to hit those individuals. Having the opportunity to tell me about those feelings without repercussions led to her being honest with me and kept her from acting on those emotions.
Teach your child to be able to voice their feelings without repercussions so they know they can use talking as an outlet instead of actions.
* It’s important to teach them though, that there is a difference between voicing your feelings and saying cruel things about other people. It is OK to say Jenny did X, Y, and Z and that makes me feel angry. It is NOT OK to say Jenny is a mean terrible horrible person because she did X, Y, and Z.

I suggest fidgets or other calming activities that I’ve seen some of my colleagues share, such as blowing bubbles, with a bit of caution. For our Lil’ Explorers who are who are just beginning to self-regulate, I fully support activities like blowing bubbles or playing with a sensory bottle.

However, our older Lil’ Creators are preparing for Kindergarten (after all, this series is about skills for kindergartners). Whether or not you agree with the teacher’s stance on fidgets, many teachers do not allow them in their classroom. With that said, I would not want my child to be dependent upon an item or an activity that will possibly not be allowed in the classroom. Furthermore, even if they are allowed in your child’s classroom, your child may not have it with them at all times of their life and it seems more beneficial to teach coping skills that they can take anywhere with them.

Ready for the next lesson? Click the button below to learn how to teach sharing and turn taking skills! 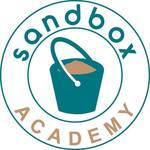 5 Books We Love About Sharing